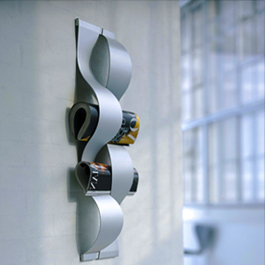 For about two years, from 2006 to 2008, PILEHA.com was a Persian electronic magazine accessible on the internet. I was the creator of the magazine and acted as ... Read More its general manager, and editor-in-chief. The magazine addressed a range of areas in its sections entitled Lyrics, Poems, Music, Cinema, Plays, Photography, and Cartoons. PILEHA published its first issue in 2006. Following this, the magazine enjoyed a relative popularity, with every issue attracting approximately 50,000 visitors as it gained national recognition. This magazine was selected by the Iranian Department of Education as an informative and entertaining website for students. PILEHA.com received the “Best Persian Electronic Magazine Award” in 2008. After the PILEHA website was shut down, I decided to commemorate it on my personal website. (Note: except for some sections, such as English lyrics and some articles; most of the contents of the magazine are in Farsi, the Persian language.) close 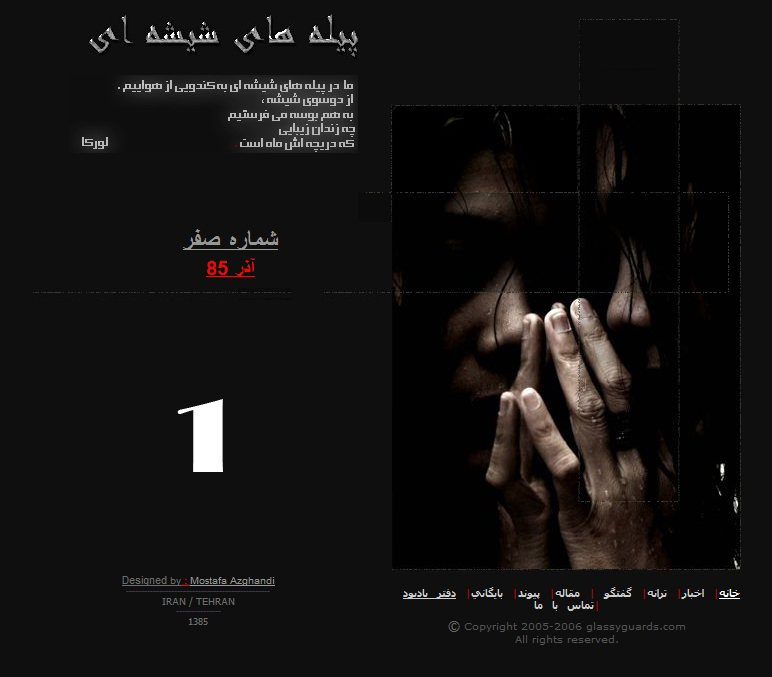 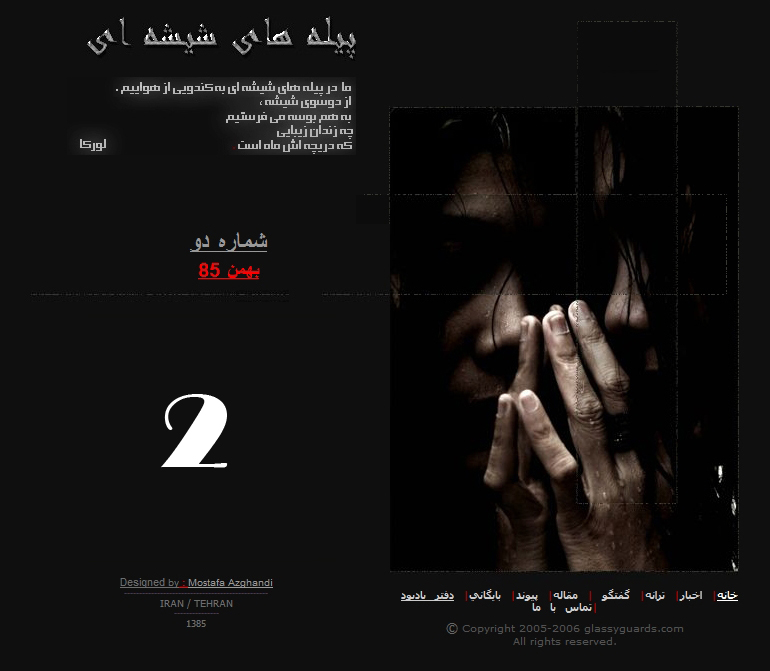 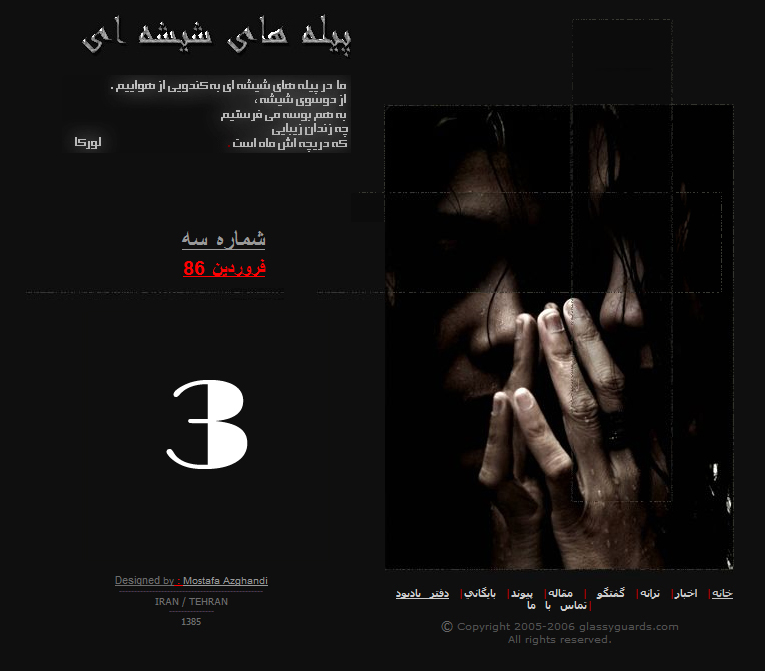 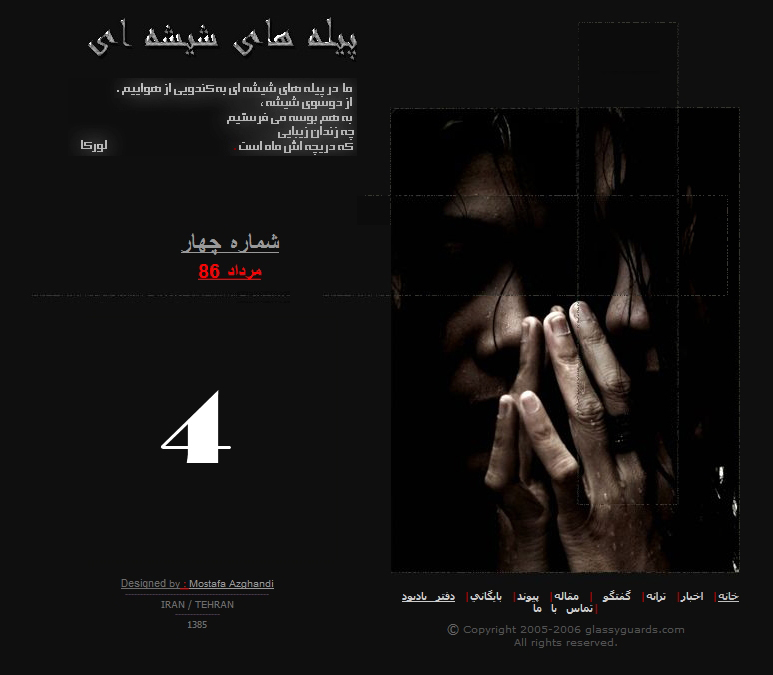 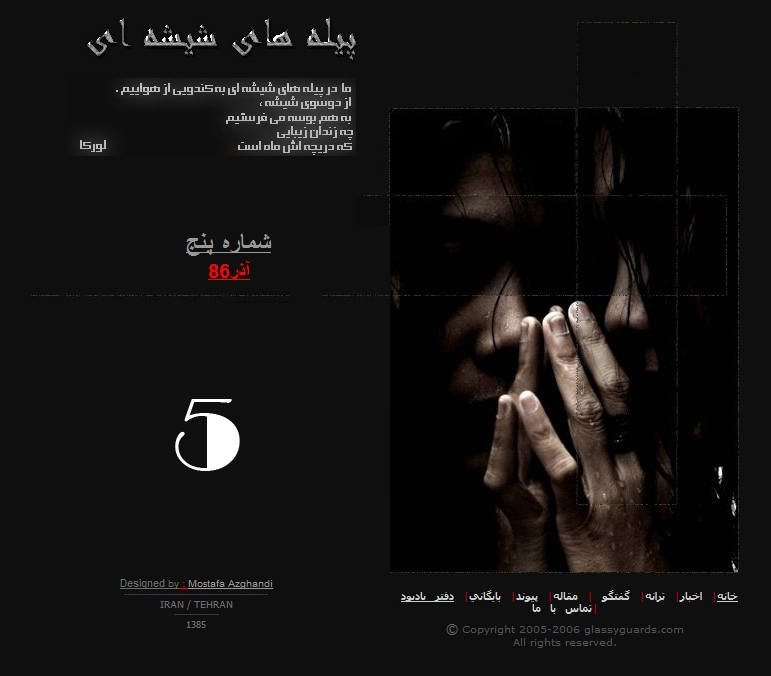 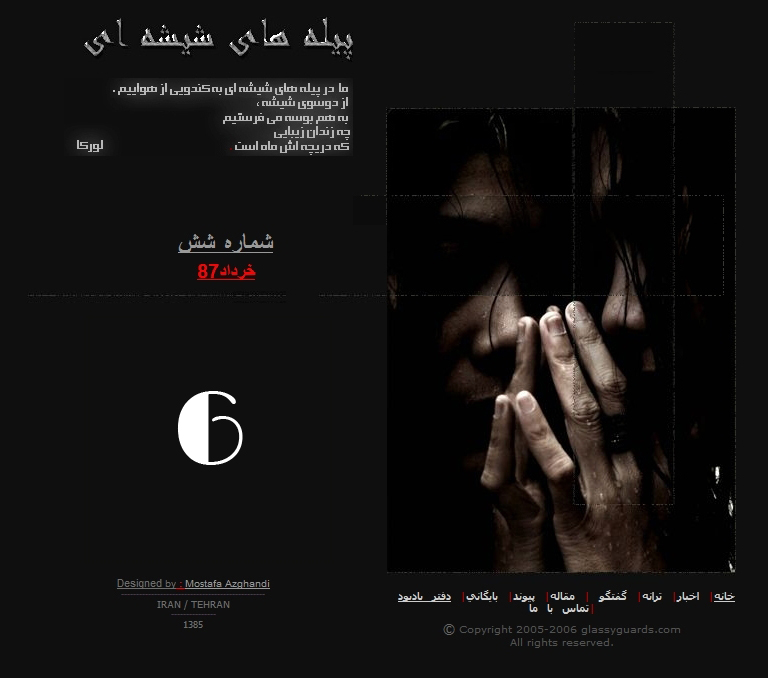 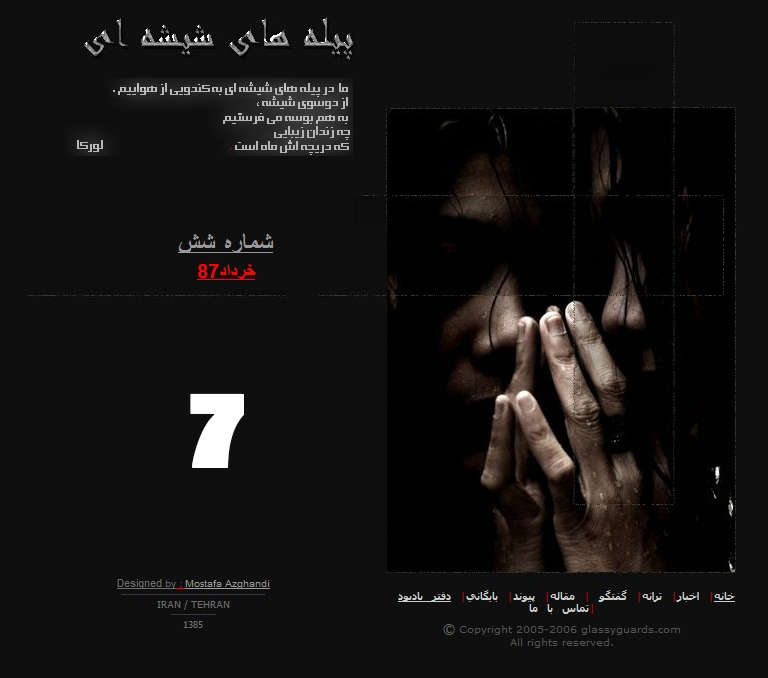